This classic church altar was found in a far-off land by a gentleman that we have had the pleasure of past dealings.

The altar was purchased (sight unseen), packed and freight by sea to Brisbane. Upon arrival some three months later, there were signs of mishandling leading to some transit damage.

After inspecting the altar, we saw that there were some deeper issues that were more likely due to the age of the altar.  These were compounded by the transit damage. 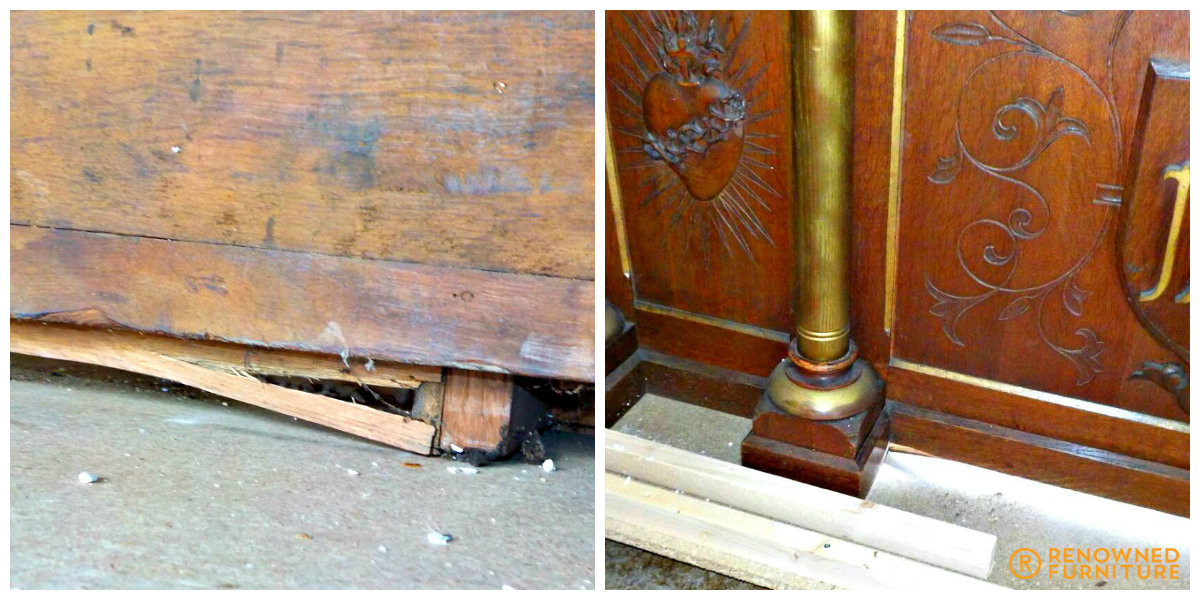 We offered up a couple of alternatives to repair and restore the altar.  With our clients timeframe and budget in mind, we suggested internal repairs.  Using some clever re-bracing of the top and sides allowed us to avoid re-polishing enabling us to complete the repair work on site.  The end result speaks for itself.