Wayne grabbed a great deal by securing “The Stack” book-shelving system for his living room.

A newly build northern suburbs home will house the stack and be filled with Wayne’s collection of books and some pictures & ornaments. 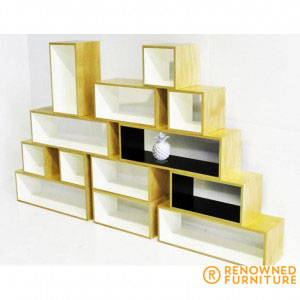 Wayne has said that he thinks he will add to the stack with more box modules later on but not until he has it all set up and works out the configuration that suits him best.

He’s also going to have a couple of the box modules’ internal areas repolished in the feature colour of his room to ‘bring the whole space together’.